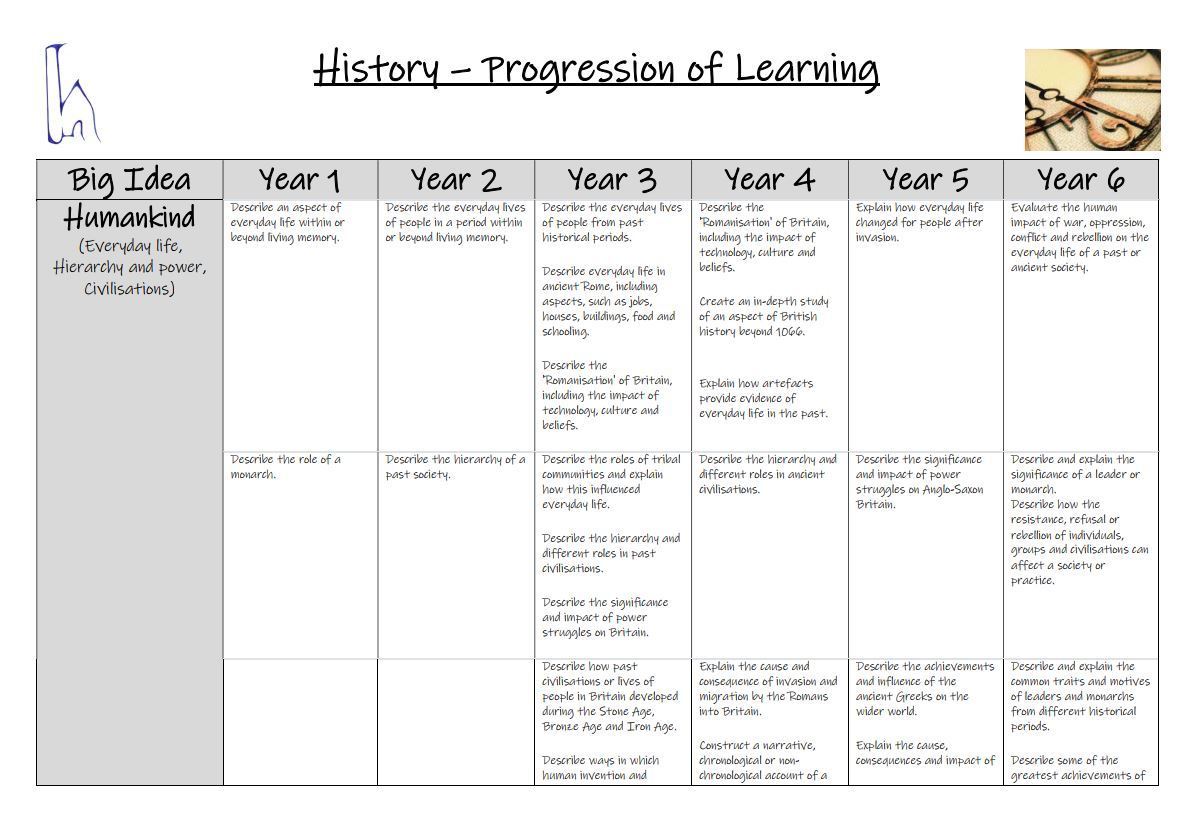 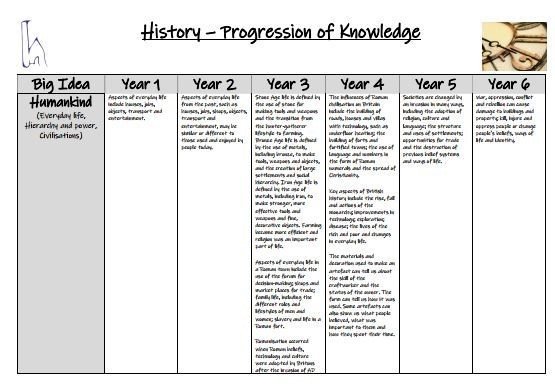 Wheal Bunnie have been using toilet roll to show just how significant and long the Stone Age period was, in comparison to the last hundred years.
They got to see how 4 sheets = the last 100 years, compared to almost 100 sheets = Iron Age, Bronze Age and the Stone Age. WOW!

Wheal Harmony had a fantastic morning with visitors from the Museum of Cornish life running a Victorian workshop. As part of the topic ‘Who was here before me?’ the children are learning about the Victorian era. Today they experienced what it would be like in a Victorian classroom, played with Victorian toys and explored a range of historical artefacts.

Wheal Bunnie took a step back in time today to create cave paintings. We stuck our paper underneath the desks and used black poster paint to create historic imagery. We turned the lights off and used torches to inspire us in our work.

Wheal Rose and Wheal Unity have had a great morning for the launch of ‘Who was here before me?’
The classes have been focusing on significant people in history and were delighted to be visited by Mr Thomas, Lewis and Neil with their steam engine! They answered lots of questions and the children will be starting to think about Richard Trevithick and William Murdoch soon!

Wheal Rose made a great start on their Moon Landings inspired art this afternoon. We are looking forward to sharing the finished products with you soon.

This morning in literacy, Mrs Wheeler's group role played Mrs Lightfoot, appealing to the judge to give her husband a fair sentence. Each group had two Mrs Lightfoots - one who spoke informally and the other who spoke formally. Which way do you think she should speak to the judge?

Wheal Kitty have been guessing what the Tudor object of punishment is used for and what crime would have deserved the punishment.

Wheal Rose had a great time yesterday wishing Buzz Aldrin a very happy 90th birthday! We have enjoyed learning about your momentous flight to the moon as part of our topic ‘Flying High’ where we are learning about how different flights have shaped our lives and futures.

Being A Viking Raider

Yesterday in history, Wheal Busy thought about what it would have been like to be Viking Raiders or the monks that they raided. Once they had decided, they role played Vikings raiding the monasteries. They thought very carefully about how the monks would have responded. Can you see which monks are hiding and which are running away? We asked the questions - Why did the Vikings choose to raid monasteries? Why did the monks not fight back? What do you think?

Today Wheal Busy spent the afternoon finding out about Anglo Saxon Warcraft. First they learned about the different kinds of fighters and decided which they would have wanted to be if they were Anglo Saxons. Then they learned about the weapons each soldier could have. Here we have the housecarls who protected the King with the bearded hammer; the warriors who were more professional soldiers who used swords and throwing spears and the fyrds who were ordinary farmers who had to fight if the King requested it and were only really allowed to fight with thrusting spears. Can you guess from their super acting which group is which?

Once the Wheal Busy Anglo Saxon armies were formed it was time for battle. First both sides lined up in close formation to use their throwing weapons with their shields for protection. Once they had thrown their weapons they charged at each other before they engaged in hand to hand combat. Luckily, then the bell rang for us all to go home! Everyone said they had enjoyed a fun afternoon of learning.

Wheal Busy have spent the afternoon being archaeologists studying photos of artefacts from the Anglo-Saxon period. They began by asking questions about artefacts then moved on to answering key questions about the artefacts to help them find out more about this period of English history.

Wow! Wheal Bunnie had lots of fun this afternoon looking at everyone’s research homework. There were some amazing facts and creativity shown. Well done all!

Invaders and Settlers of the Anglo-Saxon Era

Yesterday, the year 4's in Wheal Bunnie learnt all about the invaders and settlers of the Anglo-Saxon era. Each child was the leader of their tribe and had to try to get land from Britain for their warriors to land. It was a lot of fun. The children then discussed their strategies and what they would do differently next time.

Charlotte shared about her Great Grandfather's Service in WW1.

Charlotte shared about her Great Grandfather's service in WW1. Pictures of the trenches really helped Wheal Plenty to visualise what it would have been like for soldiers, inspiring them to build their own model trenches accurately.

Over the last week, Wheal Busy have been busy researching their own questions about Anglo-Saxon life. Today they used their learning to help them to design an Anglo-Saxon village which demonstrates what they have found out. The Treleigh Way values of Working Hard, Respecting Others and Having A Positive Attitude were also clearly demonstrated in the groups.

Wheal Plenty put back on their Design Technology hats this afternoon, by making WW1 trenches!

Wheal Kitty have been learning about timelines and have plotted a timeline for the era of the Anglo-Saxons.

Wheal Harmony created beautiful celebration firework pictures in their art and design lesson this week. They had to think about the patterns, brush strokes and the designs and shapes of their fireworks. They made wonderful masterpieces! Alongside this they also learnt the history about why we have bonfire night

Were the Dark Ages Really Dark?

This week The Barn launched their new topic ‘Were the Dark Ages Really Dark’ with an Anglo-Saxon day. After finding out which tribes made up the Anglo-Saxons, where they came from and why, everyone tried out different aspects of Anglo-Saxon life. Children tried their hand at weaving, jewellery making, shield making, rune writing and storytelling. The day ended with a review of learning and sharing of ideas about if there really was a dark time in history. Some children agree it was, some definitely disagree whilst others feel there is evidence for both viewpoints. Everyone is looking forward to finding out more in the coming weeks to help answer this challenging question.

The houses burnt, and here's the reaction from the children!!

To end their wonderful topic, Wheal Plenty finally got to experience the seventeenth century 'Great Fire of London', when they burnt their Tudor and Stuart style houses this morning.
It was a good opportunity for thinking historically and sharing empathy with the Londoner's loss.
Thanks Mr Roberts for helping us out too!

What a day Wheal Harmony have had at Kresen Kernow

What a day Wheal Harmony have had! At Kresen Kernow, they explored the exhibitions, they were shown archives from the Victorian era, identified the differences and similarities of the local area between the Victorian era and present day, looked at maps and even tried on some Victorian clothing! It was an extremely interesting morning, with lots of historical facts and skills to take back into the classroom. They walked extremely sensibly to and from Kresen Kernow and received a token for each value of the ‘Treleigh Way’ for representing the school so well.

Today in History, continuing with The Victorians, we looked at historical objects from the Victorian era. Thank you to the parent who brought in a pair of child’s Victorian shoes and glasses to share with the children. Reggie, Thomas and Jowan used the wonder words ‘delicate, precious and valuable’ to describe them. Key stage 1 have thoroughly enjoyed this topic.

Wheal Plenty had fun this afternoon continuing the construction of their seventeenth century house models!
Shame they may be burnt......

The lady with the lamp

In Wheal Harmony we have made our own lamps. Did you know that Florence Nightingale was also known as ‘The lady with the lamp?’ because she tended to the soldiers at night by their bedside with her lamp. In school on Friday, years 1 and 2 will be having a Victorian day with a themed activity taking place in each class. We look forward to sharing what the children get up to!

Wheal Plenty had a special visitor to help inspire them with their planning for their writing - a Plague Doctor! He rang the bell shouting, "Bring out your Dead!"
Fascinating to hear what we believed in in the seventeenth century!Enter text...

What an amazing launch to ‘Through the Keyhole’ for Key Stage 1! Thank you very much to Helston Museum for such an informative visit

What a fantastic time the children from Wheal Harmony, Wheal Unity and Wheal Rose had today for their launch into their Victorian topic, Through the Keyhole.

Travelling Back In Time (5)

After learning about the Battle of Hastings the Wheal Busy time travellers learned that Harold was killed in the battle and William became king of England in 1066. This was the end of the Anglo Saxon period and the beginning of the Norman period. Once the Wheal Busy Wittan had voted, they chose William of Normandy. He was (re)crowned King by the Wheal Busy Arch Bishop of Cantebury.

Travelling Back In Time (4)

However once the Wheal Busy Wittan discovered that the real Wittan had chosen Harold as King, William was taken off the throne and Harold was crowned.

Travelling Back In Time (3)

Then, each member of the Wittan read out the person they had chosen and their reason. Harold because he is English and an Anglo Saxon and married to Edward's sister. William because he knew Edward well and was promised the throne. Edgar because he is young and will live and rule for longer. No one voted for Harold Hardrada because he was a Viking.

Travelling Back In Time (2)

Next, each member of the Wittan took some time to decide who they thought should be King and why. Some of the contenders tried to persuade the Wittan to vote for them.

Travelling Back in Time (1)

This afternoon Wheal Busy travelled back in time to 1066 when King Edward the Confessor died and left England with four contenders to the throne. They learned that the Wittan (a council) had to decide who should be King. The class pretended to be the Wittan and heard a speech from each contender before asking questions to help them decide who they thought should be King. Where are you from? Why should we let a Viking be our King?

Our trip to the Royal Cornwall Museum

Today Wheal Busy visited the Royal Cornwall Museum in Truro to start to answer their topic question - Were the Dark Ages Dark? Everyone examined artefacts and studied written sources to help them begin to form their opinion. The museum staff were so impressed with the children's behaviour that they made a point of complementing them and asking that they have their names moved up the golden time chart. Mrs Collinge was so impressed with this news that she awarded a special certificate.

Last week, Wheal Busy launched their topic by working as teams of archaeologists to find pieces of the Sutton Hoo helmet. Next, they had to work out what it was and who might have owned it.

What the Romans did for us

Year 3 had a fantastic day on Thursday launching our new topic ‘What the Romans did for us.’ We have learnt all about the Roman way of life and how they invaded Britain.

Wheal Fortune have enjoyed some history and literacy today through gutting and mummifying fish!

Here are some of the amazing trenches Wheal Plenty have made throughout their World War 1 topic.